Is This Final Proof Extraterrestrials Have Landed?

According to Victor Sopsan of the website Techno Fres, an alien investigator and paranormal expert named John of Newton Abbot, Devon, took the photo below of a large grey alien.

** See the end of this article for an UPDATE **

According to Sopsan's article "Paranormal expert snaps space alien in a park and claims it is final proof that extraterrestrials are in Britain" John was out looking for signs of alien life when he came across the being shown in the photo.

But that's not where the story ends. That would be too easy. 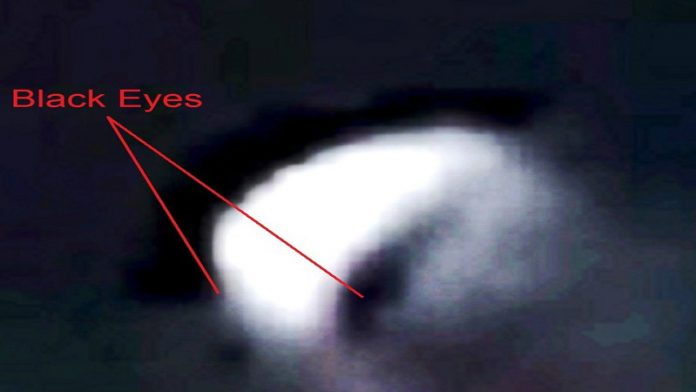 By John's own account, he encountered this "extraterrestrial" in a local park. Even though he was out searching for such an entity, it appears he was ill prepared for what he encountered. He states that he had difficulty getting his camera out of his pocket, and after one photo the batteries mysteriously fell out of the camera.

Around this time, John claims he ran in fear stopping a distance later when he began coughing up blood.

John claims to be an expert UFO photographer which makes his reactions interesting. We've never gone out looking for aliens in our on local parks, and so it's difficult to know exactly how we would react.

Although "Grey's" have been a part of popular fiction since H.G. Wells introduced them in his article from 1983 titled "Man of the Year Million" they gradually became more popular, and were alleged to be directly involved with the abduction of New Hampshire couple Betty and Barney Hill in 1961.

Beginning in the 1980s, "Greys" became the most recognized and often reported extraterrestrial being, a trend that still continues today. There are too many accounts to simply dismiss them all, but it is hard to forget that they first appeared in works of fiction that have become more popular over time as well.

But as we read John's story we were reminded of the TV commercials of our youth. In particular the Oscar Meyer bologna song.

We only wish John had submitted a second name. It might give his claims a bit more credibility.

** Update ** Earlier today The Sun posted an article stating that the photographer was John Mooner. They also added the photo shown below. We still have the Oscar Meyer bologna song in our ears, but for different reasons.

LITTLE 'GREY' MEN EXIST - Paranormal expert snaps space alien in a park and claims it is final proof that extraterrestrials are in Britain - https://www.thesun.co.uk/news/1962959/paranormal-expert-snaps-space-alien-in-a-park-and-claims-it-is-final-proof-that-extraterrestrials-exist/