Huffington (re)Post: Triangle UFO's Fly In The Face Of Logic 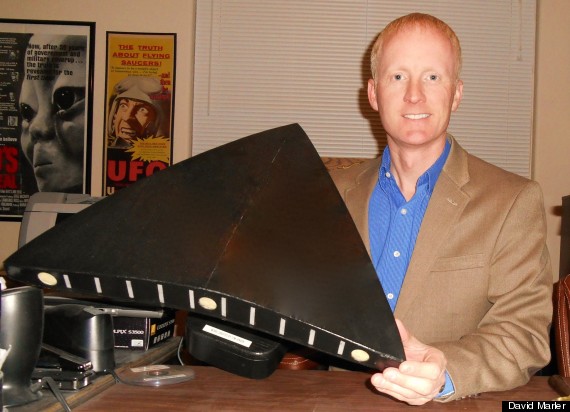 On February 27th, 2014, Lee Speigel of the Huffington Post has this to say about Triangle UFO's:

"Whatever happened to good old circular flying saucers? While accounts of them continue to show up in police reports, newspapers, YouTube, etc., it seems like these days, there are more and more sightings and videos of triangular UFOs -- V-shaped, Dorito-shaped unidentified objects.

The earliest known reports of these unusual triangles can be traced to the Dutch East Indies in the late 1890s, around 10 years prior to the Wright Brothers' first powered airplane flight in 1903. Triangle UFOs were also reported from Scotland and England in 1895."

You can read the rest of Lee's piece on  the problem with Triangle UFO's by Clicking Here.

Watch the videos below.

Clip from the Science Channel's "Are We Alone."