Let's face it. Some people are easy to make fun of and the media really seems to like poking fun at Russell Crowe. So when Russell Crowe posts photos of a UFO, the proverbial fur is going to fly.

Regardless of what you think of him, his movies or his personal antics, he recently released some photos that are worth taking a look at. 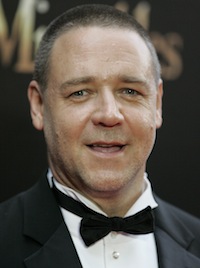 According to the story, Crowe and a friend were trying to capture photos of fruit bats from his office balcony in Sydney, Australia, and captured these three images instead. Skeptics are quick to brush these images off as the tail lights of a car, a low flying plane or even a glow stick.

However, Crowe is adamant that these images really capture something unexplained.

Phil Poling of ParaBreakdown has a different explanation.

“I was a little surprised that Russell didn’t realize what the photo actually was. But then again, it does look a little strange when subjected to photographic trickery,” Poling explains. “But the truth is, he sees this every day right outside his window coming from the marina.”

“That’s right, it’s a sailboat,” Poling is on record as saying. You can watch the video of Poling's explanation by clicking here.

Studies show that 95% of UFO's can be explained, however, that leaves 5% as unknown.