Recent study attempts to debunk belief in a "sixth sense."

According to a recent news article a study by the Melbourne School of Psychological Sciences shows that extrasensory perception does not exist.

Although people are able to detect changes in their surroundings the article states that "The research found that this ability was not down to any supernatural, extra senses, but was rather the result of functions of normal senses like sight. Forty eight people were presented with pairs images of a woman. In some cases the second picture would feature a slight change, such as hairstyle of the addition of glasses."

A poll that went with the article shows that most people believe that some people do have a "sixth sense," even if they'd prefer to call it gut instinct.

You can read the full article by following this link. www.thesudburystar.com/2014/01/16/study-shows-sixth-sense-is-bunk-once-and-for-all 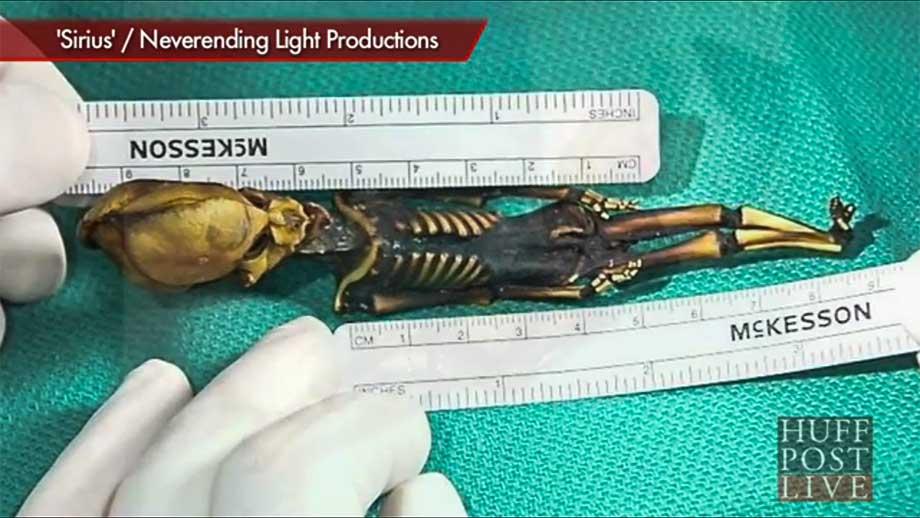 "Whether you believe that UFOs are alien spaceships or travelers from another dimension or hoaxes or simply very easily explained objects, they were plentiful in 2013.

Check out our picks for some of the best UFO-alien stories as they unfolded during the year. We can’t wait to see what’s ahead." - Look! Up In The Sky! It’s 2013’s Most Bizarre UFOs And Paranormal Stories - Huffington Post

Watch the video below.

Some things just have to be shared, even if the event is a few weeks old.

It seems that the week before Halloween, a ghost was captured on the security cameras of an Anniston, Alabama liquor store. Take a look.

Explore the Weird And Exotic World of the Supernatural!

The Paranormal Show is a Spectacular assortment of Supernatural feats that will make you question everything you thought you understood about REALITY. Created by Scott McClelland the brain-child behind Canada's Premiere Sideshow 'Carnival Diablo', The Paranormal Show takes the Strange and Bizarre to new heights.

Read more: Explore the Weird And Exotic World of the Supernatural