Residual Haunting: Mysterious Banging Echo Sounds From The Past - Updated

"A few months after I was born, my aunt's son who had cancer lost the battle and passed away.

Growing up he had lost his leg to cancer and where they lived at the time his bedroom was on the top floor of the town house.  So when my aunt's son would want to get around you would hear banging from him hopping around to get to the bathroom.

Well my parents and aunt had heard this so often that they knew exactly how many bangs it took for him to get to place to place.

After he had passed, I was just a little child at the time and I was playing by myself and my parents and aunt were in the kitchen and all of a sudden they would hear the banging. 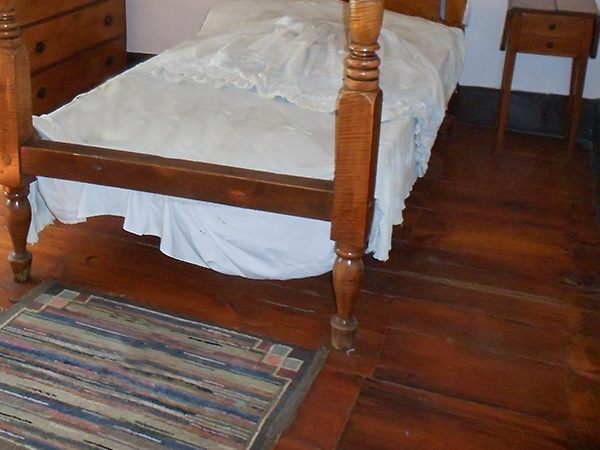 The exact number of times it took my aunts son to get to the bathroom, they thought maybe it was me upstairs playing and called out to me, but I looked around the corner and said I am in the living room.

After that day they would hear the banging upstairs from time to time even though no one was upstairs."

Hauntings are often considered to be the lasting energy of someone who has passed away, sometimes under duress. A young person losing a leg and then dying of cancer would definitely qualify.

There are two different, but related categories that this story could fit into.

One is an "apparitional experience" which is defined by Wikipedia as being "characterized by the apparent perception of either a living being or an inanimate object without there being any material stimulus for such a perception.

Apparitional experiences have also been associated with instances in which a person does not realize they've fallen asleep and actually might only be dreaming. Other times, people with various psychological conditions can experience auditory hallucinations.

However, in this case, the sounds were heard by adults in the room next to where the storyteller was playing. Also, these sounds are reported to have been heard on numerous occasions.

In this case, the apparitional experience could be the residual energy left behind by this young man's efforts to simply move around.

The second explanation ties into an apparitional experience and is known as a residual haunting. Again referring to Wikipedia for a definition we find "are repeated playbacks of auditory, visual, olfactory, and other sensory phenomena that are attributed to a traumatic event, life-altering event, or a routine event of a person or place, like an echo or a replay of a videotape of past events."

BoOSS, Believers of Oregon Spirit Society is even clearer when they offer up "A residual haunting involves an experience by an individual before death that is repeated in the same vicinity after death" as a definition.

An apparitional experience would be one of the results of a residual haunting.

So what do you think? Is this a childhood memory, a misidentified sound or an actual paranormal event. As always, we're not here to pass judgement. We're here to provide information and let you make up your mind for yourself.

Links for this article:

Residual hauntings - https://en.wikipedia.org/wiki/Stone_Tape (about half way down the page)