Mischievous Happenings in the Capreol Library

Submitted by: Sheryl Murphy, Hanmer, ON

"I live in Hanmer but volunteer at the Capreol Community Closet in the basement of the Capreol library. I've been volunteering there for 3 years. I first started noticing "noises" after being there for about 6 months. If I was in the store tidying up or putting clothes out, it would sound like someone was moving the clothes around on the racks. Other times, I would hang a piece of clothing up, leave and come back and find the previous piece of clothing hanging somewhere else. 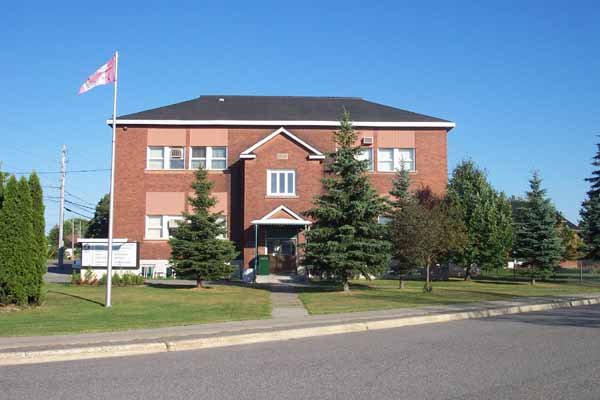 I had a feeling this was a lady so I started calling her Miss. She's also misplaced our keys on several occasions. We'd put our keys down in one place and when we'd go to get them to leave for the day, they'd be someplace else. She actually managed to move my keys from a counter top into my coat pocket... that kinda freaked me out just a little.

About a year ago, I was working by myself... the lady who runs the closet had left about 15 minutes prior to go to an appointment. I didn't hear anybody come down the stairs but something made me look up towards the doorway and I saw a blond, curly haired lady wearing a white blouse and blue skirt walk into the sorting room. I blinked, knowing that who I saw was not my friend who had just left. But I played dumb and called out her name and went into the other room where there was no one there. I realized I had seen a ghost. I was not scared or freaked out but felt better knowing that what we had been "hearing" for the past while was finally validated by seeing her.

She lets us know every now and then that she's there and we always address her."

First off, it is unlikely that this is a simple ghost story. Ghosts are apparitions, manifestations or any other evidence of something composed of a misty, airy, or subtle material (Wikipedia's entry on attributes of ghosts). This story is more than that.

The evidence as presented suggests that this is an intelligent haunting as described in the Wikipedia entry - Intelligent Hauntings where it states "In the terminology of ghost hunting, an intelligent haunting (also known as a classic or traditional haunting) differs from a residual haunting, being a haunting in which a spiritual entity is aware of the living world and interacts with or responds to it. Ghost hunters and paranormal writers believe that such a ghost or spirit may be able to communicate with the living, not just by talking, but by moving inanimate objects such as furniture or toys."

This seems to be what Sheryl Murphy is describing as occurring in the basement of the Capreol Library.

It's easy to brush a story like this off as simply misplacing keys, building sounds or even just a reflection of someone standing in a doorway. Without an onsite investigation it's difficult to know really what is going on at the Capreol Community Closet.

Photo of the Capreol Library as found on the City of Greater Sudbury Public Library website https://www.sudbury.library.on.ca/heritage/english/donations/donlibraries.htm