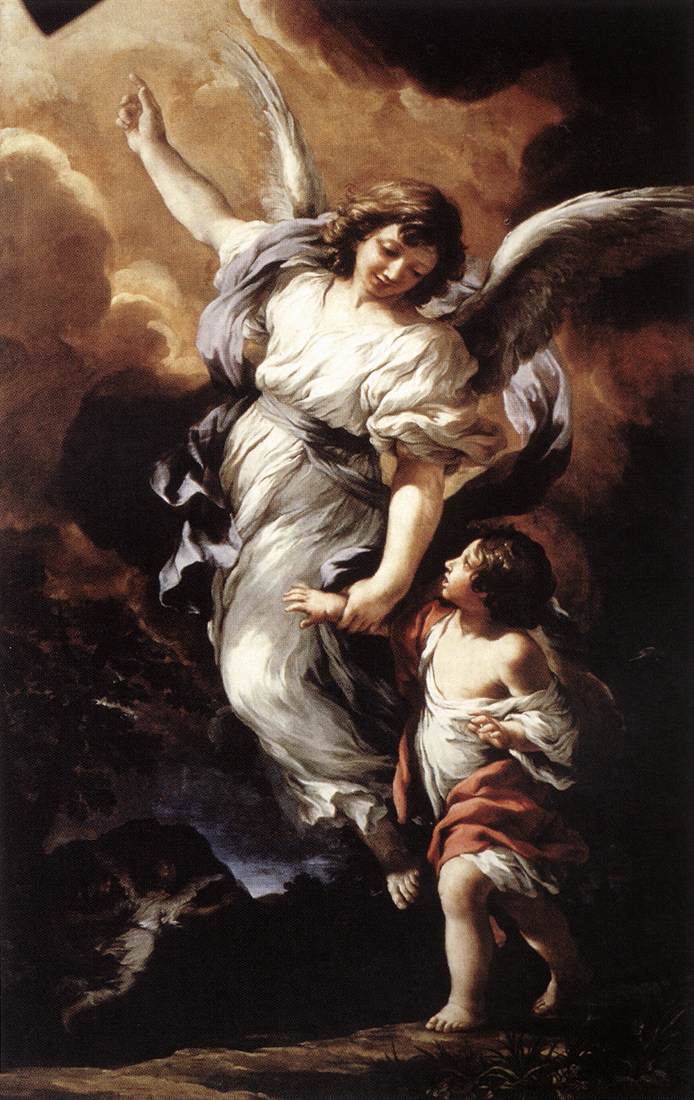 On a dark but clear night, I was driving home from a friend's house. It was nearly 2 or 3 in the morning, and there weren't very many cars on the road with me. I turned down a long stretch of rural road lined on one side with houses, and the other with lonely fields.

This road was a familiar route home for me and I was going through the next few turns in my head. Left up here at this street, go for a few blocks, turn right, down the lane and I'm home. I yawned, eager to lay my head down after an evening of fun with friends.

I pressed on, accelerating a little to reach the left turn that would bring me home. Suddenly, a big pickup truck blew the stop sign and nearly went into the ditch on the other side of the road before righting itself and screeching past me into the night.

I would have been right in the path of that truck if I had not stopped for the "something".

I think that the "something" didn't exist at all, and that it appeared to warn me that night.

It's hard to judge stories like this. Most people brush these things off as an over active imagination, tall tale or wishful thinking.

In out day and age of science and quest to find an answer for everything, we often forget that there are many, many stories similar to this throughout history.

In days of old, they were often referred to as Guardian Angels or Guardian Spirits. But today, most people have moved on, and no longer believe in such things, and I think that's too bad. Why? Because with our "new found knowledge" comes a cynicism and a lack of faith and hope that someone or something out there is looking out for us.

Call it naivete, but a little bit of that sense of wonderment and awe might do us a bit more good than the skepticism and loneliness that seems to have replaced it.